People are really, really curious about Kim Kardashian and Lionel Messi. The Keeping Up with the Kardashians reality TV star and the Argentine soccer player each earned the distinction of being the most-searched person in 26 different countries in 2015, tying for first place in a ranking Google provided to TIME. Kardashian was the most-searched person everywhere from France to New Zealand to the U.S., while Messi topped the list in Cuba, Chad, the Congo and more.

Kardashian and Messi were followed close behind by another star soccer player, Cristiano Ronaldo, who took the top spot in 21 nations, while pop stars Nicki Minaj and Rihanna finished with 13 and 11 countries, respectively, allowing them to claim the next two highest spots on the list.

Check out our interactive map below to see the results: 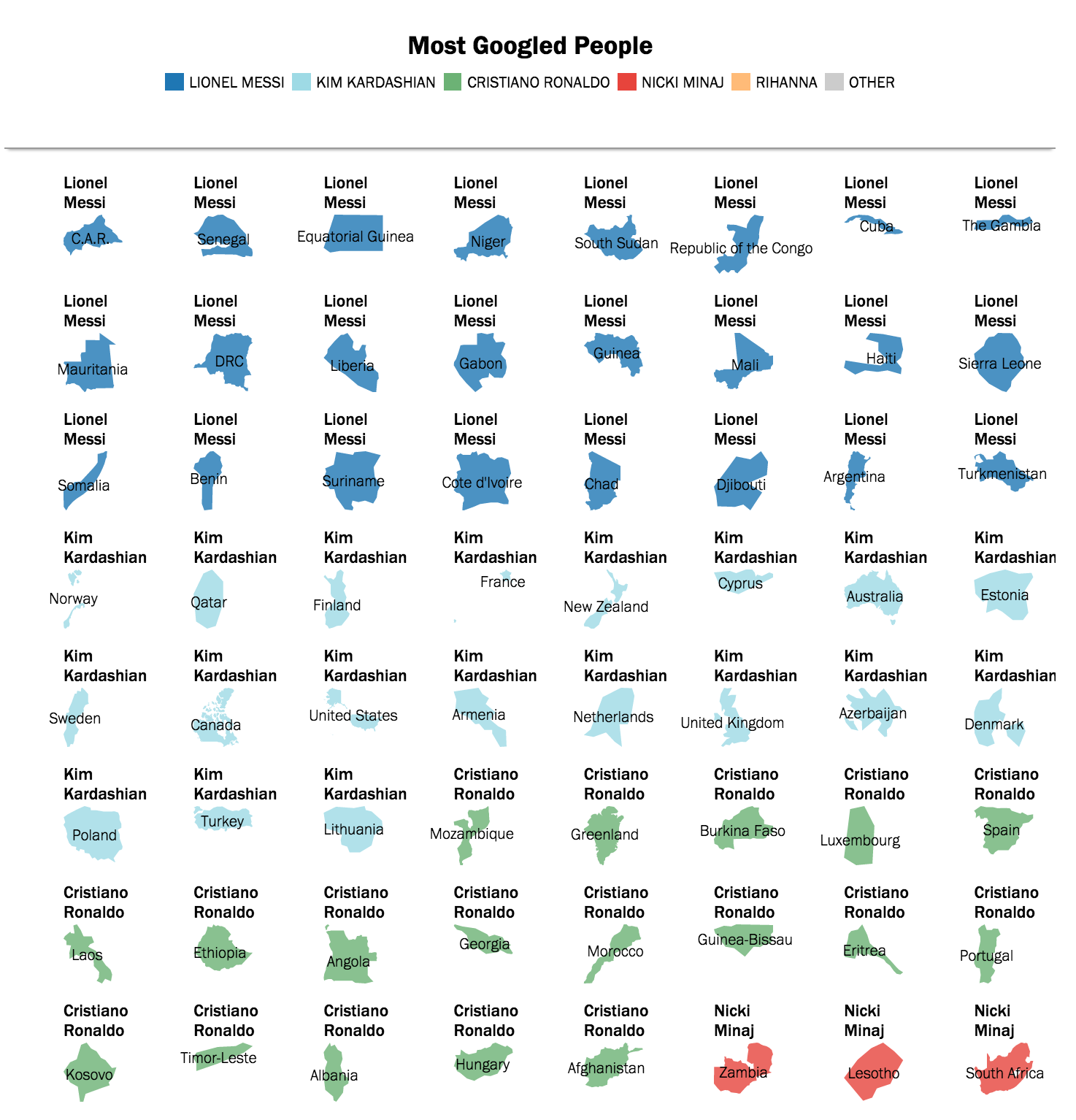