Want to find an open treadmill? Better head to Virginia. In Fairfax City, Virginia, located outside of Washington, D.C., there are more than ten times the numbers of gyms per capita than the national average, making it the number-one gym destination in the country.

Two other Virginia counties  – Falls Church and Williamsburg – also fall in the top ten of number of gyms per residents, according to an analysis of retail data provided by research company AggData. Other top counties are mostly suburban, where retail access is high, but population density is lower than in neighboring cities. The national average of 0.78 gyms per 10,000 people.

Below, all counties for which AggData recorded gym locations are colored according to the gyms per 10,000 county residents. This represents 1,791 counties – out of 3,144 in America – with 23,605 gyms. Hover over counties for details, or use the table below to search for counties. 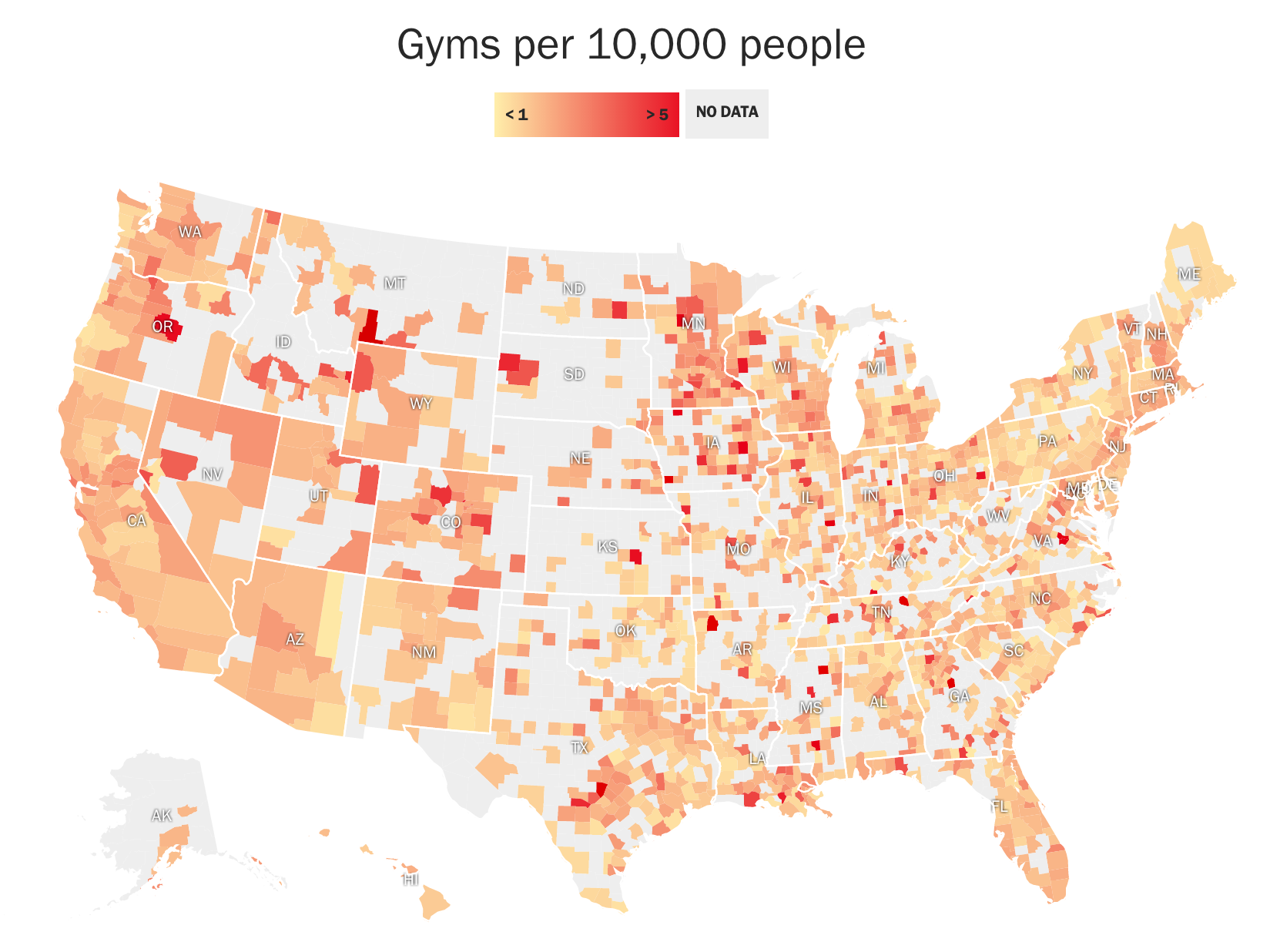